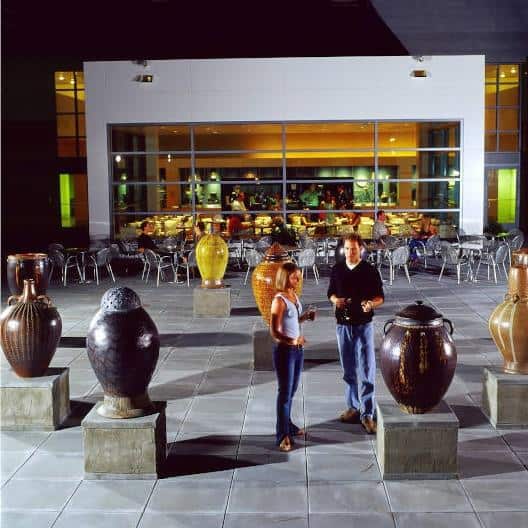 Without a doubt, the Louise Wells Cameron Art Museum – formerly St. John’s Museum of Art – is the pinnacle showplace for visual arts in Southeastern North Carolina. The Museum, which opened April 21, 2002, is located at the intersection of Independence Boulevard and 17th Street in Wilmington. It is the only institution in the United States dedicated primarily to collecting, preserving, and exhibiting the art of North Carolina.

The Cameron Art Museum owes it existence to the Bruce B. Cameron Foundation, Inc. which donated the largest grant ever to a cultural organization in Wilmington’s history, totaling $4 million. In addition, the children of Bruce Cameron and the late Louise Wells Cameron donated land valued at more than $2 million to the Museum in memory of their mother. Like the priceless artifacts enshrined within the Museum, the land itself holds historical significance.

The area was the site of one of the last battles of the Civil War, just before the fall of the city and the subsequent collapse of the Confederate armies. The Museum’s 9.6 acre campus features restored Confederate defensive mounds built during the battle of Forks Road.

The stunning facility was named after the late Louise Wells Cameron, one of St. John’s Museum’s most loyal supporters. Ms. Cameron served the Museum as a volunteer from its inception in 1962 until her death in 1997. 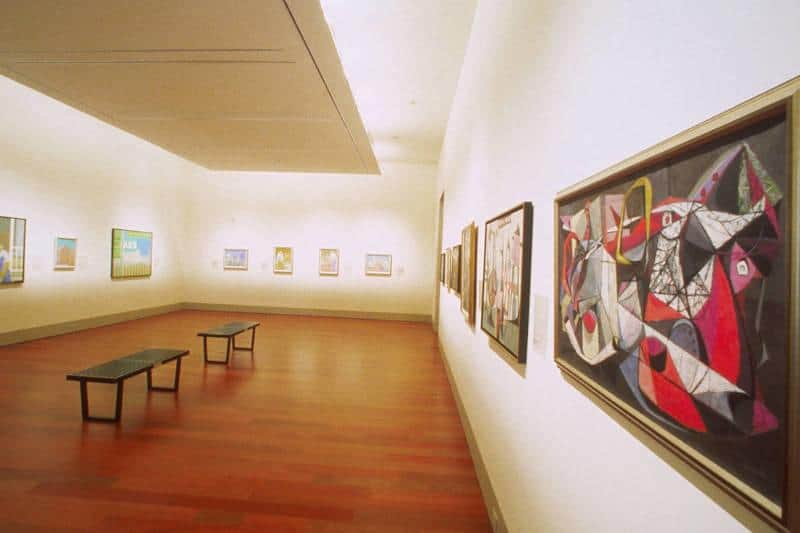 The 42,000 square foot, state-of-the-art facility was designed by noted architect Charles Gwathmey, and is the only art museum he has built in his home state of North Carolina. Most noted for his renovation and addition to the Solomon R. Guggenheim Museum in New York in the early 1990s, Gwathmey has also designed the United States mission to the United Nations in New York. The Charlotte native, who spent many childhood summers vacationing at Wrightsville Beach, N.C., has also designed homes for Jerry Seinfeld, Steven Spielberg and Jeffrey Katzenberg.

American impressionist Mary Cassatt’s rare portfolio of work known as “The Ten”, one of only eight of these collections existing today;

Rowan LeCompte’s remarkable stained glass window entitled “Two Trees Amid Harvest” which is displayed on the west wall of the museum’s Reception Hall. The piece is best viewed at sunset when the colors come alive, throwing their vibrancy onto the hall’s floor and walls; and

Dorothy Gillespie’s massive sculpture “Entrance to the Enchanted Castle”, which cascades down another wall of the Reception Hall. 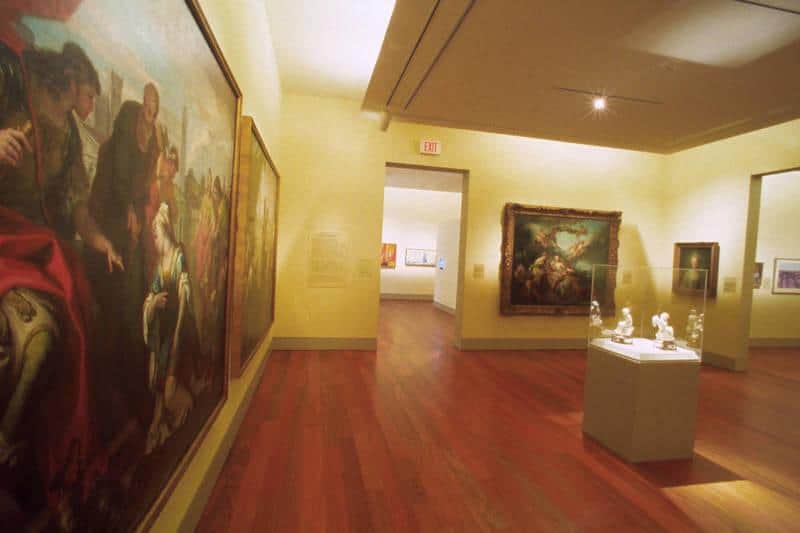 The permanent collection is not permanently on view. Only a small percentage of collection works may be on view at any given time. Please call ahead if you are traveling to see a specific work of art.

Other Cameron Museum features include a sculpture garden, CAM Cafe restaurant and bar, and an expansive gift shop. Temporary exhibitions, educational and outreach programs, and invitational exhibitions for the region’s artists are on-going year-round.

Plan an excursion today to discover the art and artists of North Carolina.  Experience visual pleasure, tranquility and inspiration for hours.  You will know you are close to the art museum when you see the three pyramids on the roof. 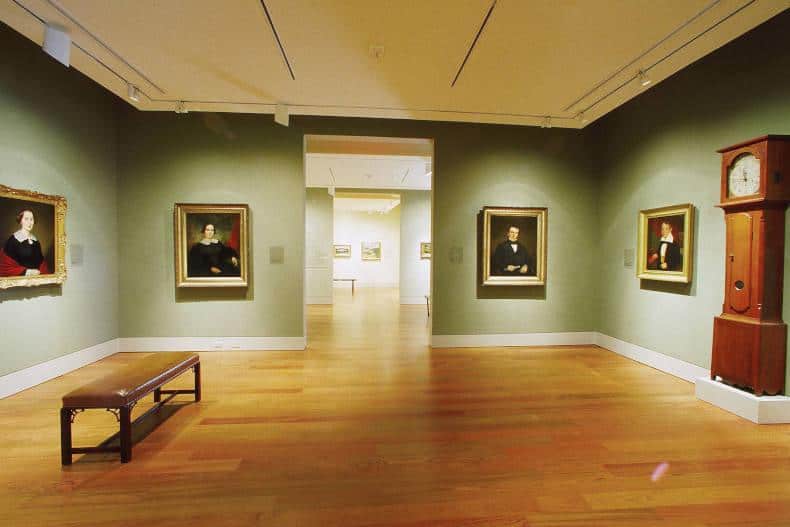 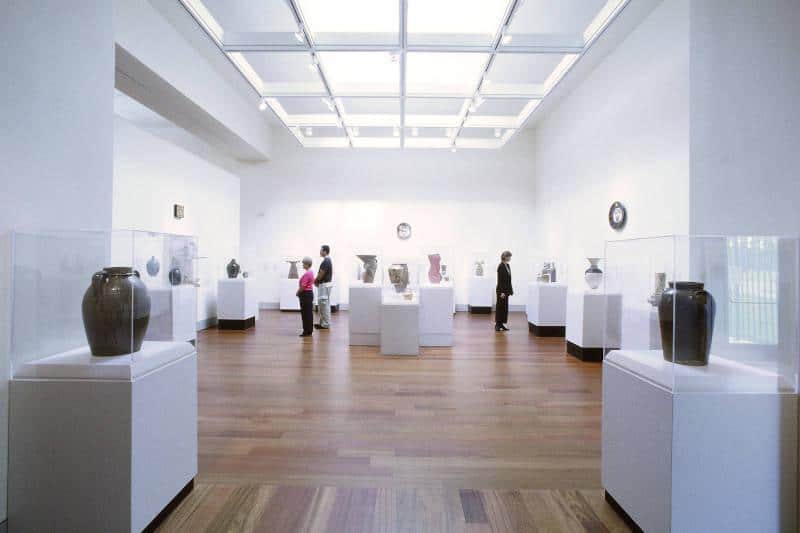 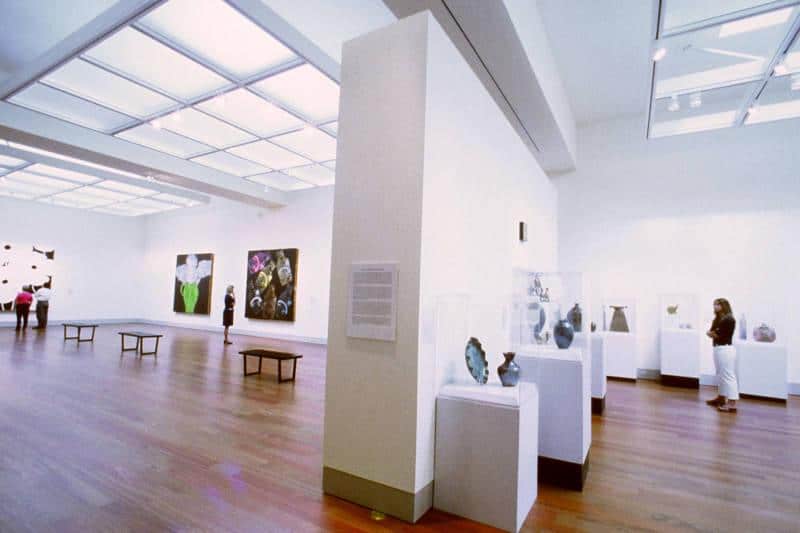 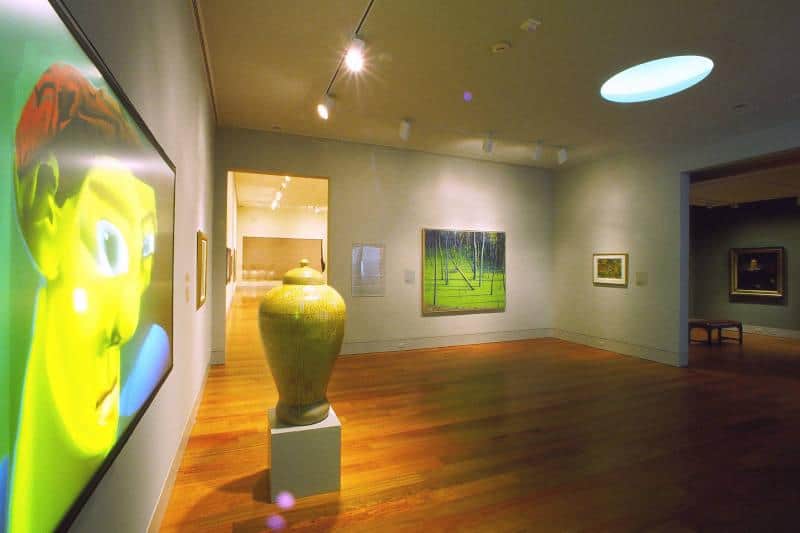 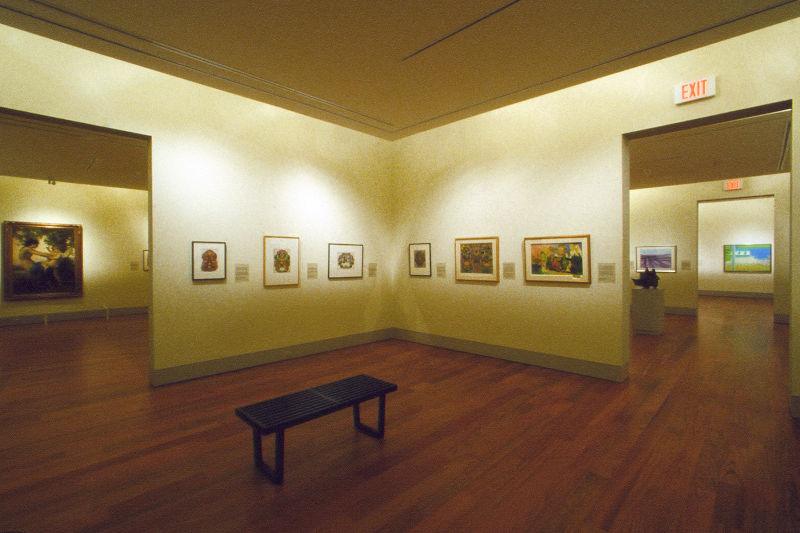 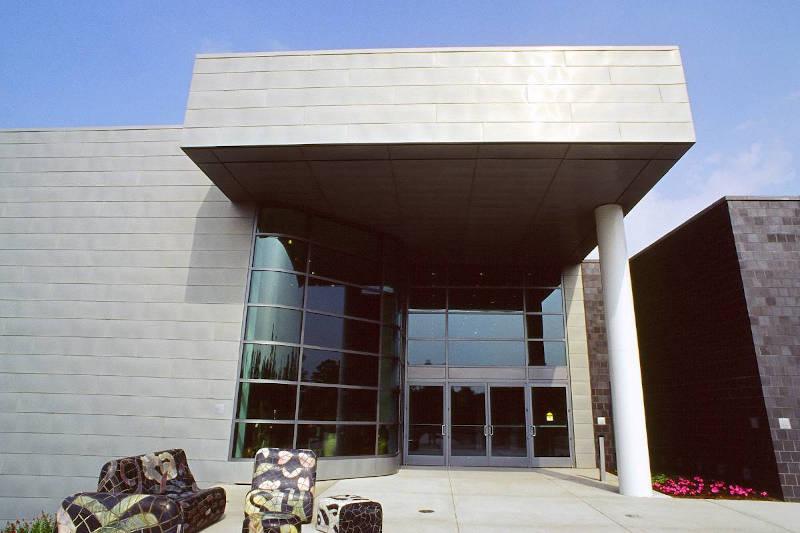 Please turn off the Ad Blocker to see the important tourist information, features and deals.  Add VisitWilmingtonNC.com to your ad blocking whitelist.  Thanks.